A couple of weeks ago, Stephen and I were poking around a local antique store and I spotted this print. 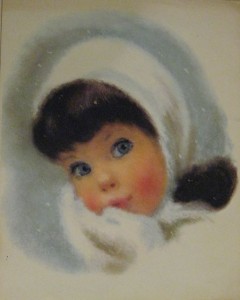 I immediately LOVED it and thought it looked familiar.  It was a little pricey so we didn’t take it home, but I remembered it and mentioned it to my mom a few days later.  Believe it or not, she knew exactly which print I was talking about.  Not only that, but she said she had it and three others in the series stored at her house!

She said she’d let me have the prints, so this weekend she brought out the four prints and started telling me more about them.

Apparently these prints were part of Northern Tissue (now Quilted Northern)’s ad campaign in the 50s and 60s.  My grandma and her sister collected the prints for their daughters’ rooms.  The baby was supposed to be my mom, the snow girl my aunt Kathy, the blonde my mom’s cousin Rozanne, and the redhead my mom’s cousin Peggy.

She also mentioned that she knew there were at least two little boys in the series as well, so a quick Google search when I got home pulled up this: 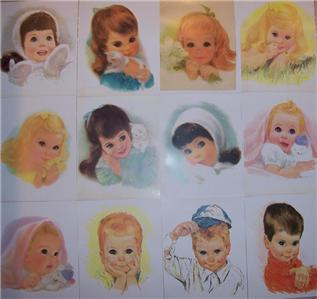 There weren’t just four prints, or even six, but 12 in the series!

Of course I sent mom an email with the 12 prints right away and then starting clicking along to find out as much as I could about the series.  Turns out these prints were illustrations done by Frances Hook for Northern Tissue starting in 1958.  The nine girls were the “American Beauties” and the 3 boys were aptly called the “American Boys.”

Prints going on eBay and Etsy were moderately priced, depending on the quality and sentimentality to the seller, I’m sure.  You won’t believe my luck, though, when checking out prices on Etsy.  These seven prints were for sale for… 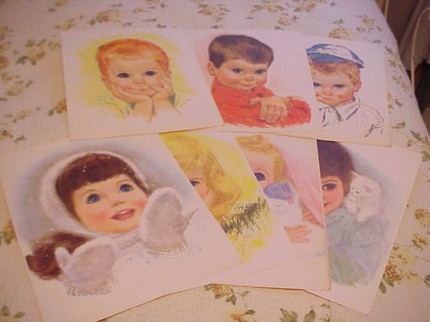 Now you know why I’m the “accidental collector.”  In less than 12 hours, I was the proud owner of 11 of the 12 prints in this series.

Here’s the only one left to nab: 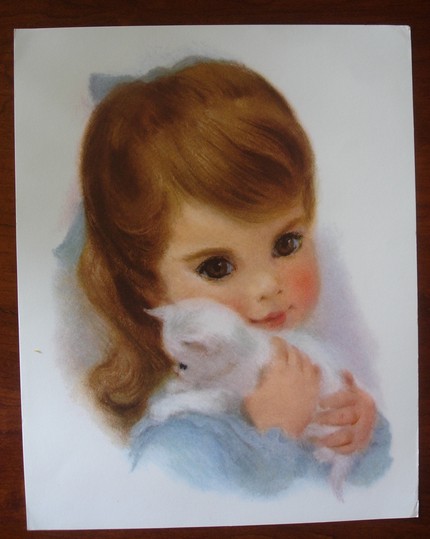 I’ve found this print for sale by itself a few places so far, but generally goes for around $25.  After getting such a deal on the seven from Etsy, I may just have to be patient for this little girl.  She is adorable, though, isn’t she?  =)

Now the question is what to do with them all!  I do have a big blank wall in my nearly completed craft room… maybe these will be just the ticket.

One thing I do know is that I’d love to carry on the tradition and give these to my kids someday.  What a great story they’ll make!  Did I leave anything out, mom?