Hi everybody!  How was your weekend?  Ours was good, although busy.  I finished up a personal project I’ve been working on for about a month now – I’ll fill you in on that one later – and Stephen played a show in Eureka Springs with Mike Blackwell on Saturday night.  Our friends Cara and Robby were there, and Stephen’s dad and my mom and brother even made it! 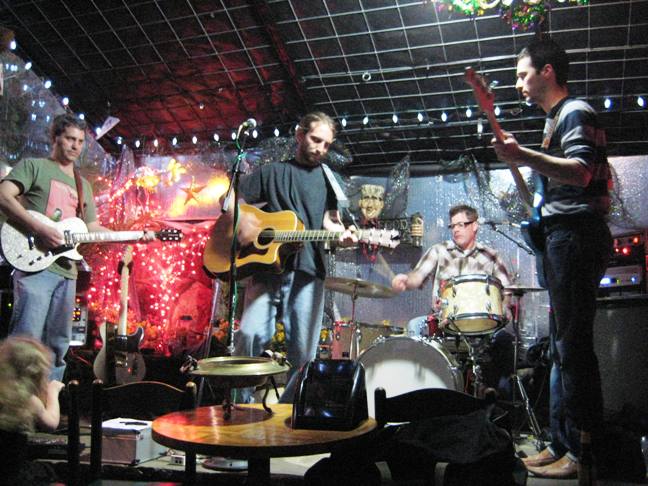 There must have been music in the air this weekend, because today’s before and after project wasn’t something I tackled this weekend… it was a spur-of-the-moment revamp Stephen took on yesterday afternoon.

We were walking Molly around our neighborhood when Stephen noticed something strange out of the corner of his eye.  Just peeking out of the trash bin in front of somebody’s house was this guitar! 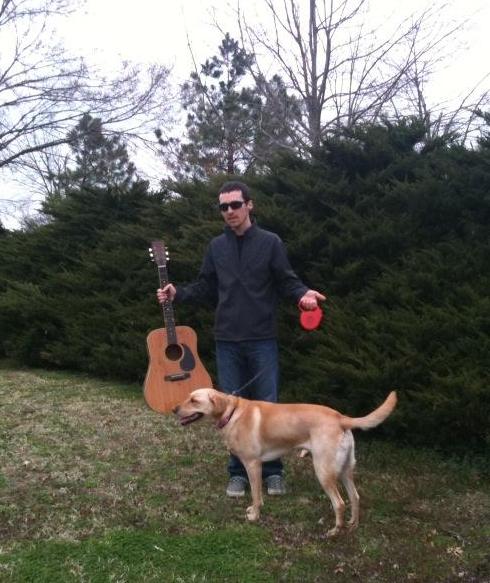 I’m pretty sure Stephen just said “I found a guitar,” snatched it out of the trash, and took off power-walking down the road.  It was hilarious! 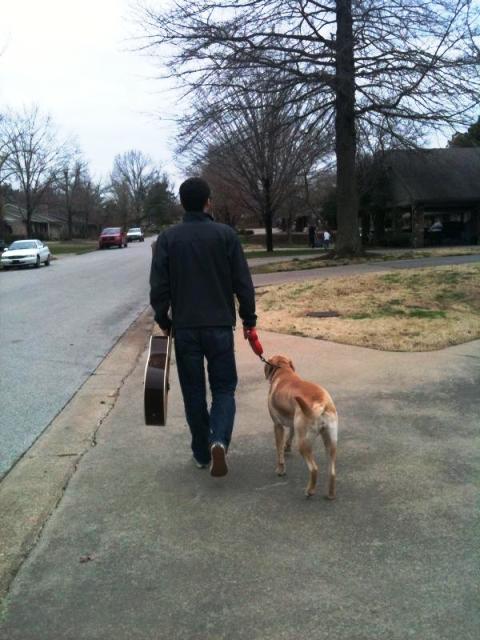 Judging from the wear and the construction, he figures this guitar was probably made in the 70s.  It was in perfectly good condition (for being in the trash!), just a little dirty and missing its strings.

We brought it home and within minutes Stephen was dusting it off and vacuuming it out. 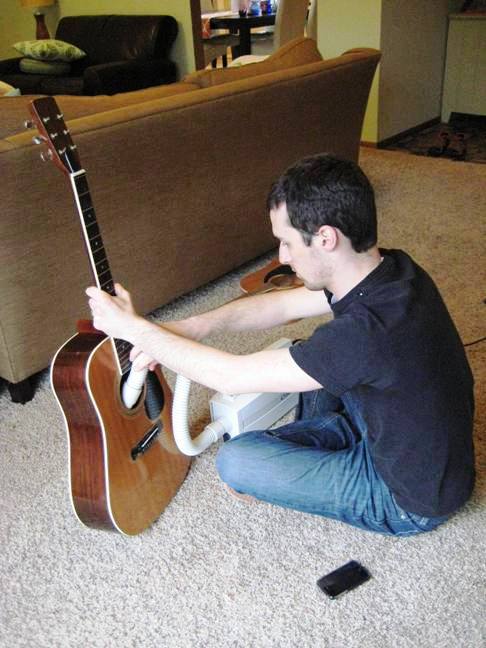 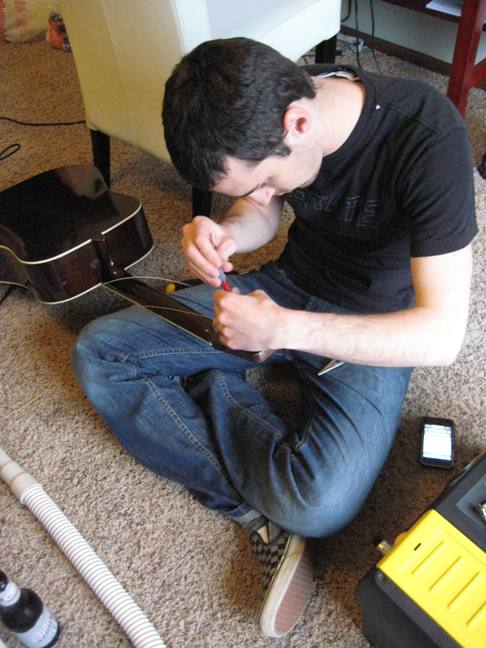 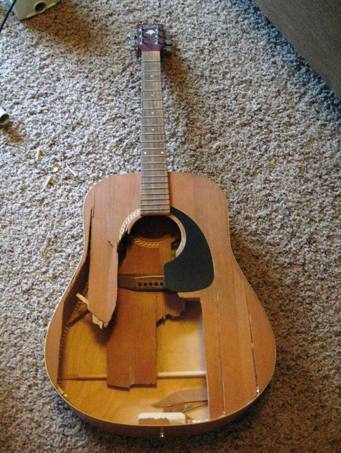 This required some drilling to make the new tuning knobs fit. 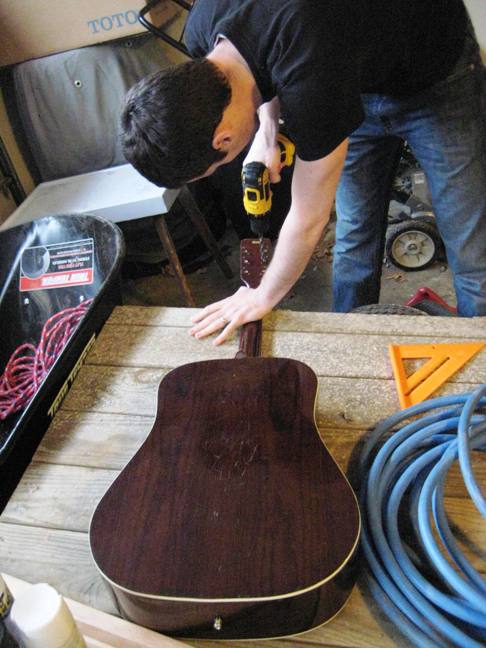 Some used strings, borrowed from his old guitar, and our dumpster diving find was ready for a test drive! 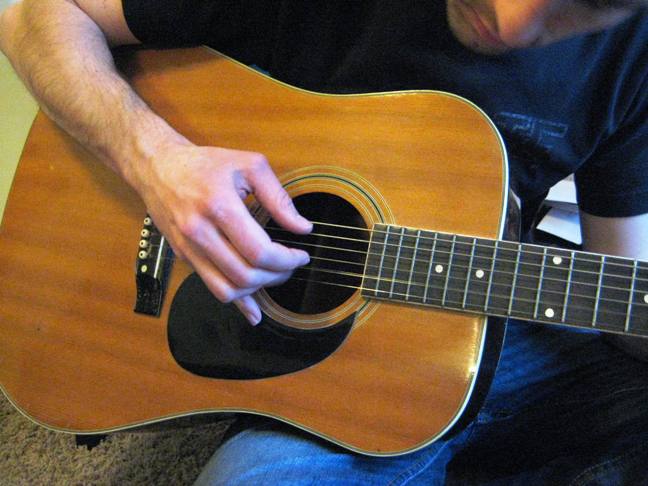 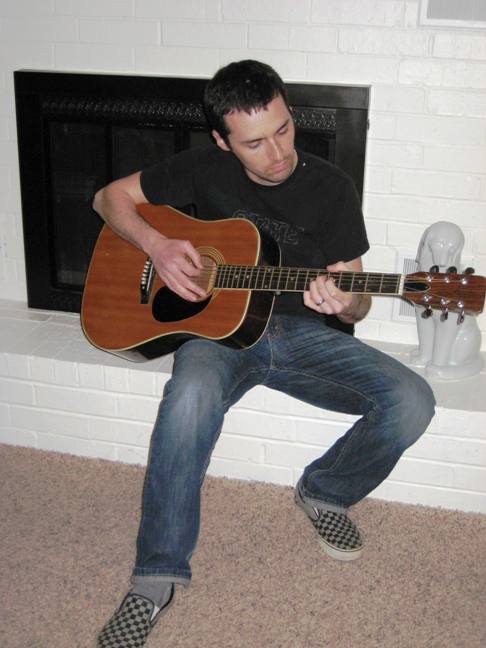 I think Stephen was plesantly surprised how well this guitar played with a little TLC.  Isn’t it funny how one man’s trash truly is another man’s treasure?

This entry was posted in For Fun, What a Steal and tagged before and after, guitar, music. Bookmark the permalink.