How to Build a Floating Picture Rail

Well I told you I’d fill you in on two more projects after the master bedroom reveal, and here’s the first one: building the white picture rail we hung above Stephen’s dresser. 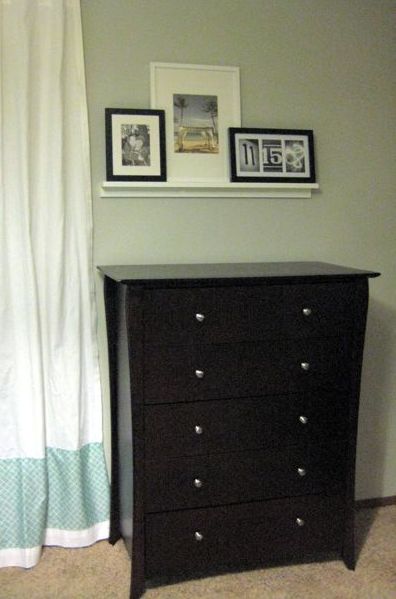 After looking all around town and even online for the picture rail I had in my head, I pretty much decided a 3 ft long, sleek and simple white picture rail didn’t exist.  At least, didn’t exist at a reasonable price within a 6 hour radius of Northwest Arkansas (IKEA, why oh why do you have to be in Dallas and not sell your stuff online!!?).

Enter Super Stephen!  I showed him a picture of what I was going for (I think from IKEA’s website) and his immediate response was, “We can make one of those, easy!”

A quick trip to Lowe’s later, and we came home with this: 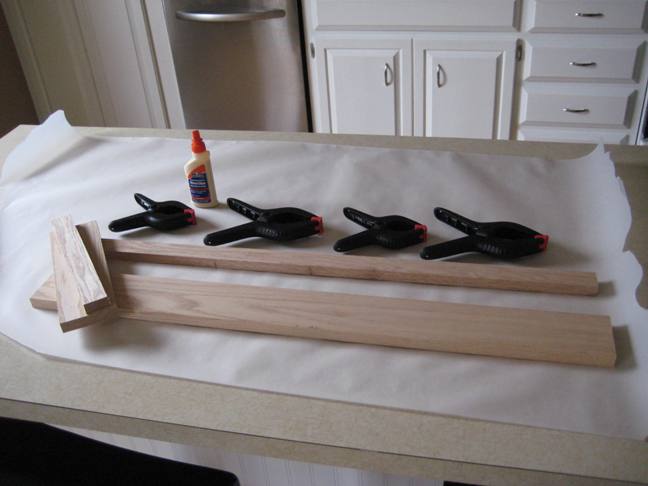 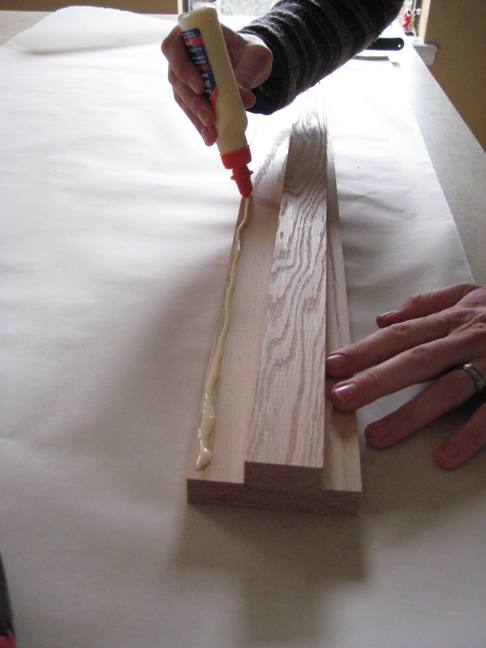 … and some clamping and wiping action later… 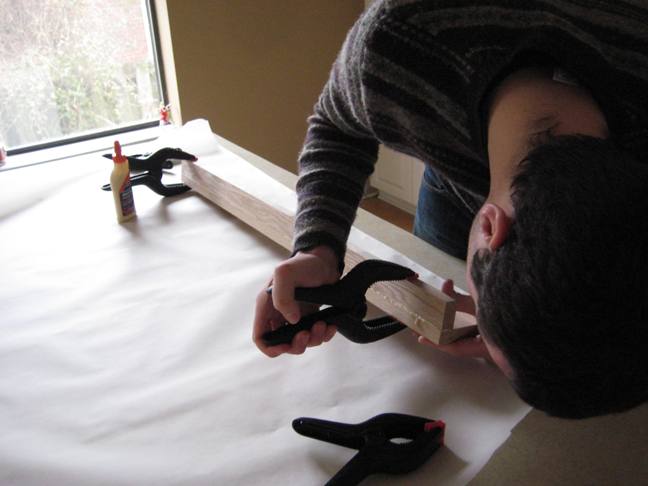 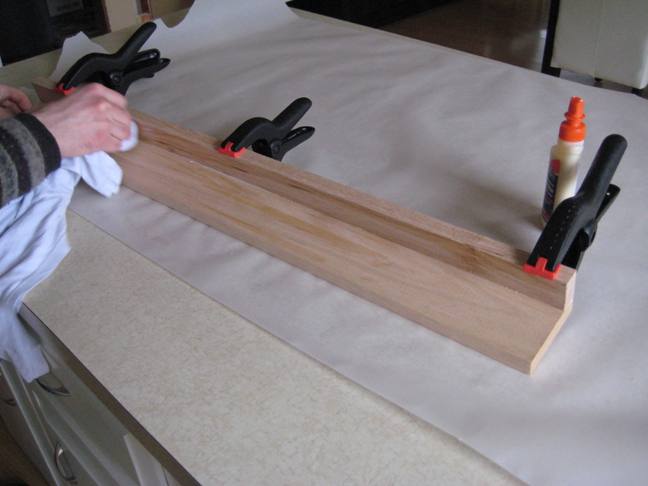 … and the shelf was ready to dry overnight.

In the morning, I removed the clamps and sanded it down and then gave it a quick coat of primer and then 2 coats of our white trim paint. 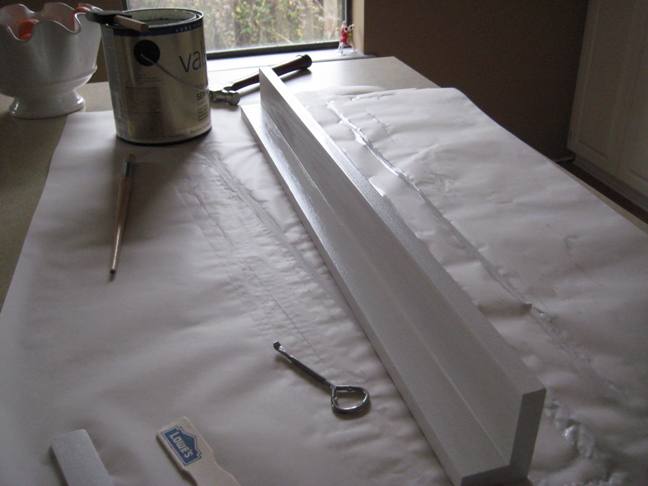 Once the paint was dry, we put the shelf in place above Stephen’s dresser, used the stud finder to mark where our screws should go in the shelf, and took the shelf out to the garage to pre-drill the holes for the screws exactly where the studs would be in the wall behind the shelf. 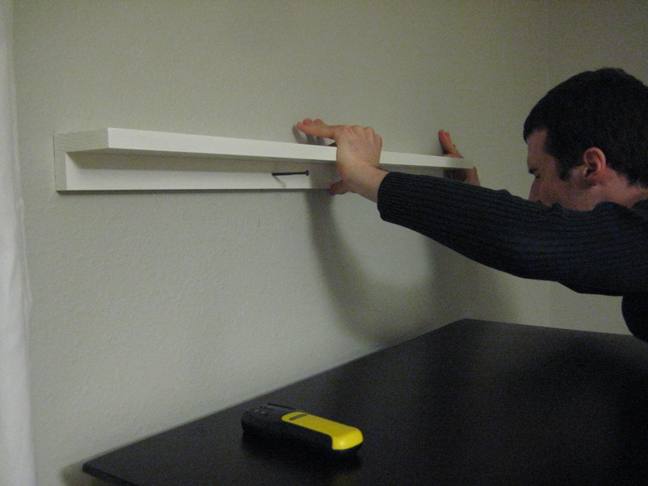 Here is Stephen with the shelf ready to go, screws in place and all, getting ready to drill those screws into the studs.

It only took two holes and that shelf was staying put for good! 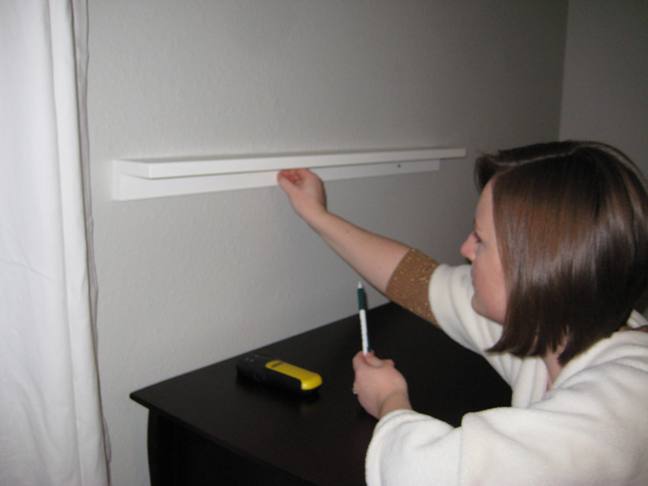 Lastly, we needed to fill the holes where the screws went into the shelf with some putty and a bit of paint, and the finished product looked like this!

Not bad for $25 and about 30 mintues of work, huh?  The best part is we now own clamps and wood glue for shelves galore, so another shelf just like this one would only cost us $12 in wood!

This entry was posted in Crafts, Home Decor and tagged build, Home Decor, how to, IKEA, master bedroom, picture, shelf. Bookmark the permalink.