Our next guest is one I feel like I’ve known forever – even though we’ve never met in person.  Canadian gal Krista writes the blog Hopeless Chest, and it’s been a fun read since her very first post. Whether she’s sharing a new find for her home, featuring a house she loves on her I’d Live Here series, or just keeping it real with the back-and-forths of her and her man Dave, she’s filled with cool ideas and plenty of humor. Krista and Dave are just days away from moving to their new home, so I can only imagine all the before & afters that will be coming our way in the future!  Take it away Krista!

I’ll be your host for the day while Meredith and Stephen enjoy some time away from Heardmont. If anyone needs a little break it’s those two. They certainly deserve it after all that hard work on their new master bathroom and the rest of the house.

I have to say, I was really excited when Meredith asked me to guest post. When I first found Welcome To Heardmont, it was love at first sight. They’ve done such great work to their house and I admire their bravery with all that DIY.

Initially, I wasn’t quite sure what to blog about. Helpful as ever, Meredith suggested I blog about myself and the plans for our new house. So here we go…

My roomie (aka my boyfriend Dave) and I bought a house and we move in May! The house hunt took all of three weeks, so when the shock wore off and the ink dried, the decorator genes kicked in to overdrive and I’ve been obsessing contemplating design plans ever since.

The house is fully detached, two floors and a semi-finished basement, three bedrooms, one and a half bathrooms, with an open concept main floor. One of the best things is that it has lots more space and storage compared to our condo where we currently live. Another plus is that we’ll have backyard for bbqs and sitting out. Also, it’s walking distance to our friends’ homes. 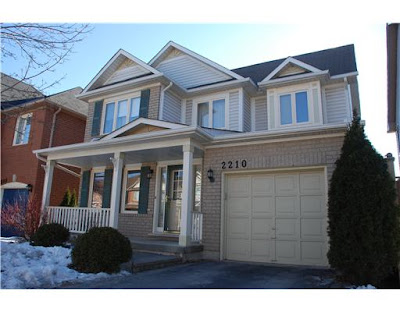 Home Sweet Home (to be)

There are two rooms in particular that I’m most excited to decorate at our new house. The first is the living room. 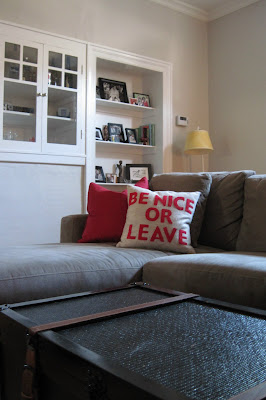 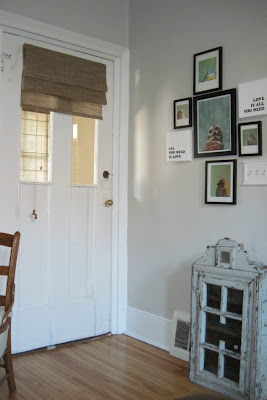 There’s a look at some of my furniture, in my old living room, before I moved in to the condo. My couch and the DIY trunk/coffee table will make it to the new house, along with my new chairs and console table.

When all is said and done I’m hoping the living room will look something like this: 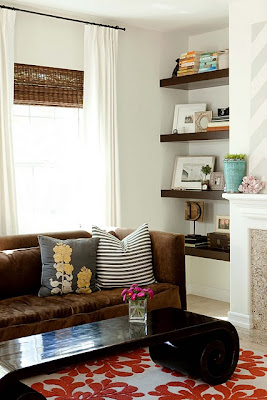 pic via Me Oh My!

The other room I’m looking forward to redecorating is the kitchen. We’re planning to repaint the cabinets white, replace the existing laminate counter tops with granite or something like Corian, in a dark color. Then we’re hoping to build banquette seating on one side of my hand-me-down antique table and mix it with dark gray Eames Eiffel chairs. 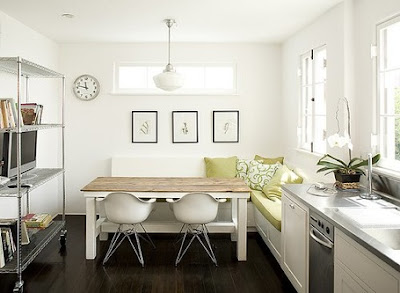 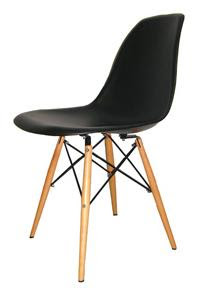 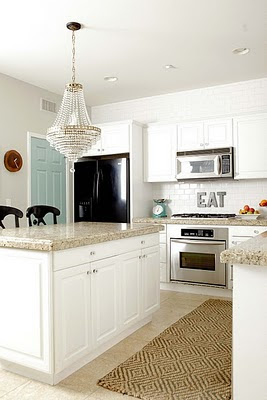 pic via Me Oh My!

There are lots more plans for the new house and only a few weeks left until we get the keys and start the action. So if you’d like to follow along with the progress, DIY attempts and man cave negotiations, not to mention see the rest of the rooms as they take shape, please join me at: