Here’s a little craft project I took on to spruce up our mantel for Christmas. (Seems like everybody’s decorating early this year, doesn’t it?)

I started with a scrap of cardboard and a roll of brown painters paper. 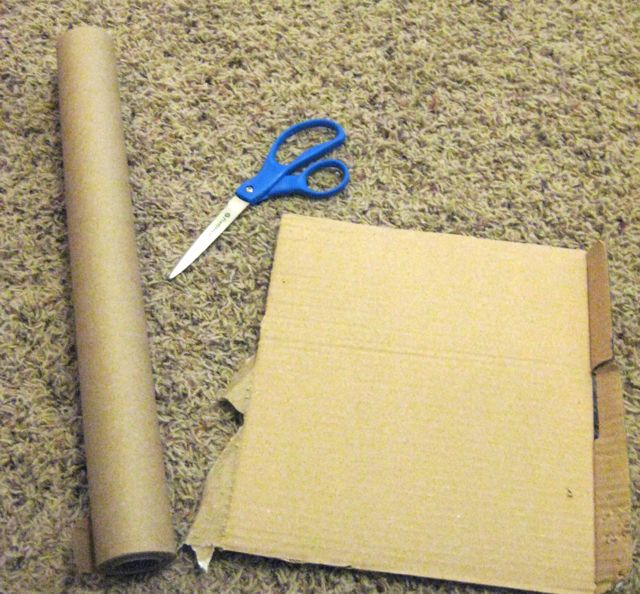 I cut the cardboard into a circle (which I later turned into a donut shape) and cut about 40 rectangles from the brown paper.  My rectangles were half the width of the roll (maybe 10″) and about 5″ wide. 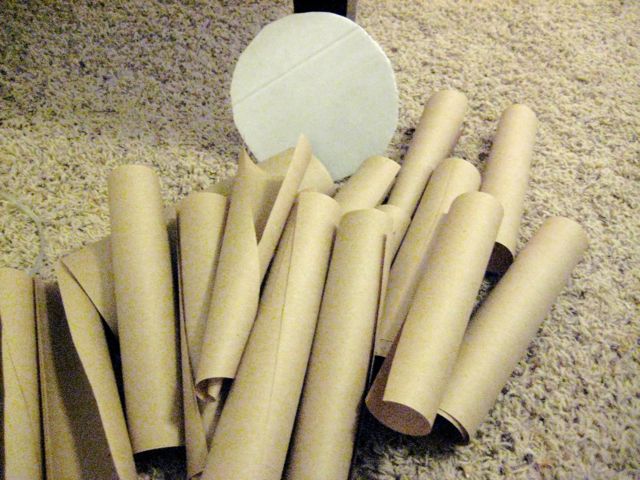 This wreath was inspired by the book page wreaths that have been so popular lately, this one for example.  I just made mine up as I went along, rolling the paper into cone shapes, dabbing hot glue to keep them from unrolling, and gluing them to the cardboard donut. 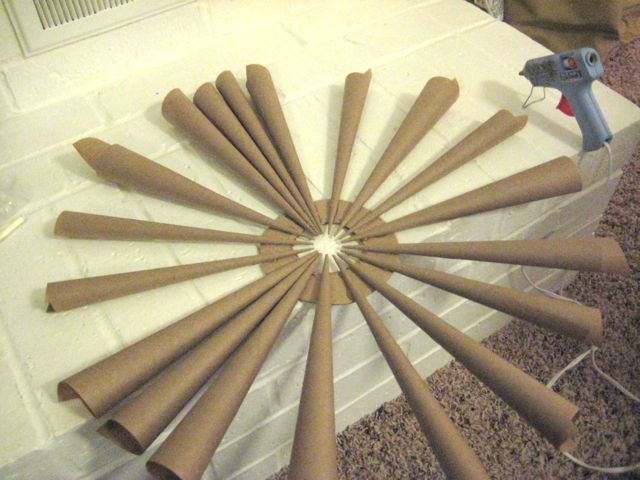 I left a small hole in the center because I wanted it to say “wreath,” but I’ve seen lots of these where the cones all meet in the middle.  After lots of hot gluing and watching a couple episodes of Heroes, here’s what I had. 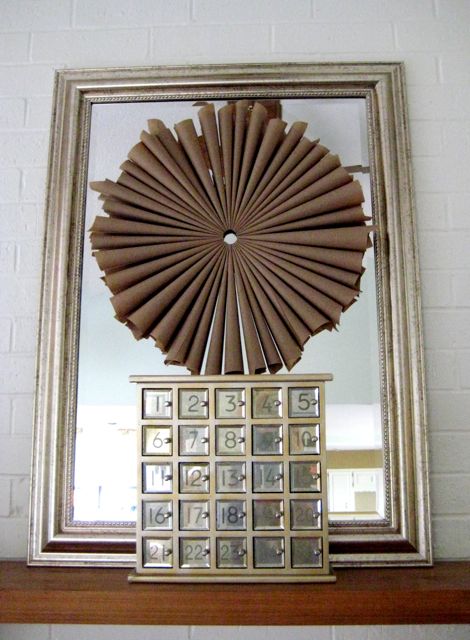 I definitely liked the shape and the asymmetrical/ symmetrical look it had going on, but it was a little flat and needed some color.  (By the way, don’t you love that advent calendar?  That was a post-Christmas score from Target a few years ago, and I love the mirrored glass doors.  One day, probably when we have kids, I will actually hide little presents behind each of those doors!)

As I was saying, the wreath needed a little pizzaz.  Enter – House Beautiful’s All About Blue edition!  Our living room walls are a light teal-y blue, so I thought adding another layer of blue-green cones to the wreath was just what we needed.

I cut the pages with the most blue on them into quarters and started rolling! 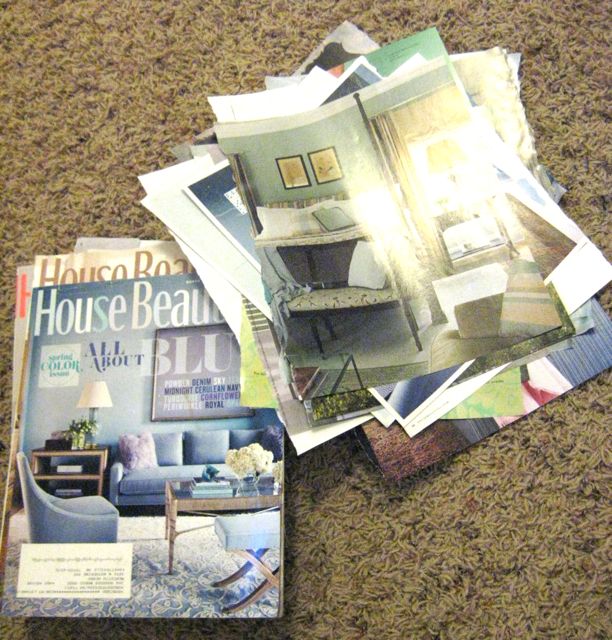 After gluing a few cones in place, here’s how it was looking. 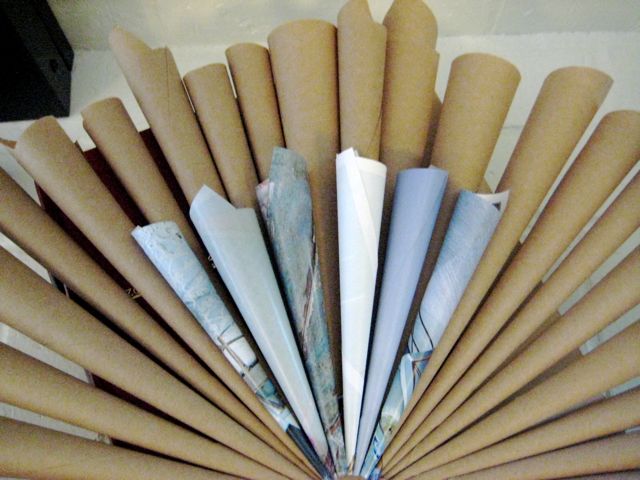 This is what I was left with when the second layer was all attached. 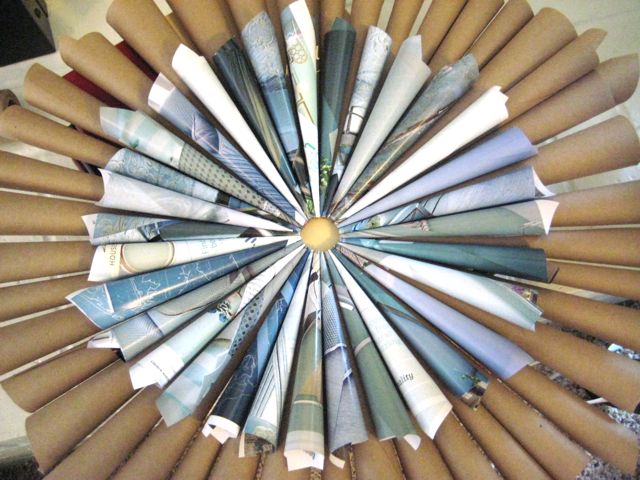 I hung the wreath back up and got ready to take it easy, but then I noticed something…

Do you see how much bluer the wreath is than our walls?  I thought I could ignore it, but the more I looked at it the less I liked it. (Haha, you totally thought this project was done, didn’t you?) 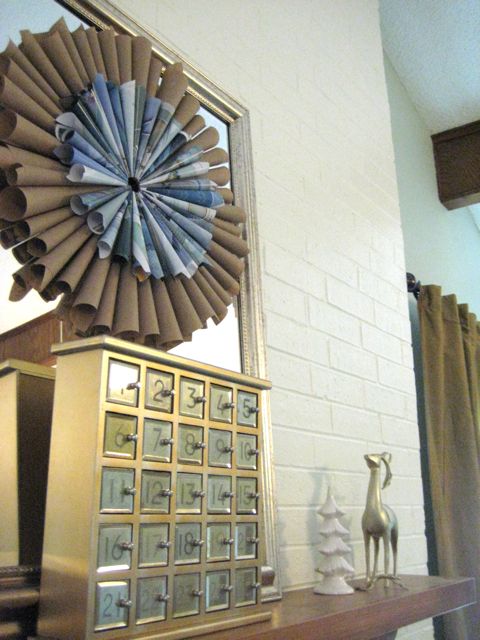 I decided it was time to pull out the paint for a third (and hopefully last layer).  I used a small craft brush and some leftover sample paint from when we picked our wall color for this step. 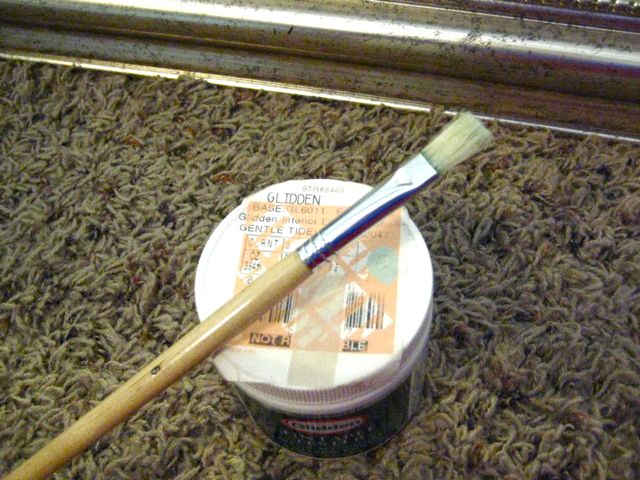 I started out thinking I’d just dry brush the paint over the darkest and blue-est cones on the wreath, but the cones actually looked better when they were painted solid. 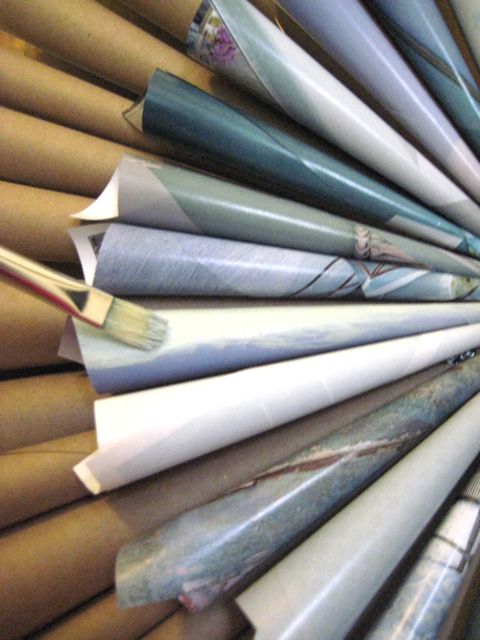 After painting a few choice pieces and leaving the cones that were in the right colorway, here’s the finished result!  Much better compared to those walls, right? 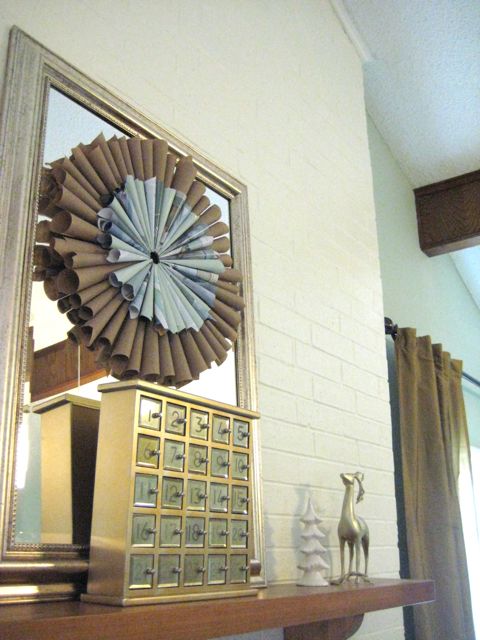 Last night I got around to styling the mantel.  I added some garland and white christmas lights.  I also decided the advent calendar looked better off to one side. 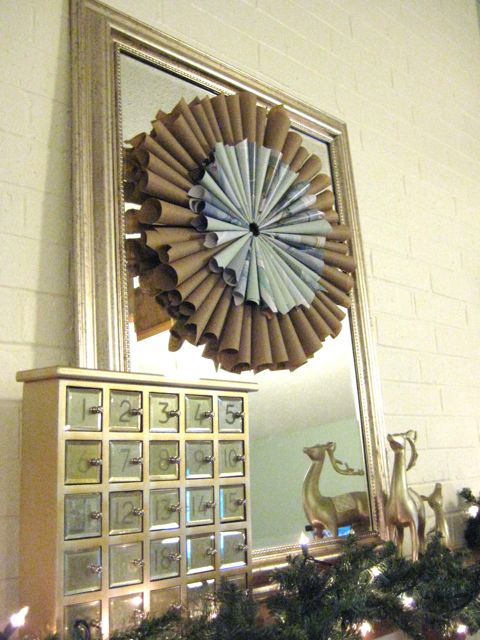 I’m still trying to figure out how to add height to the sides of the mantel.  That garland covers up so much of the base of those gold deer, so I might need to raise them up a bit.  Any suggestions? 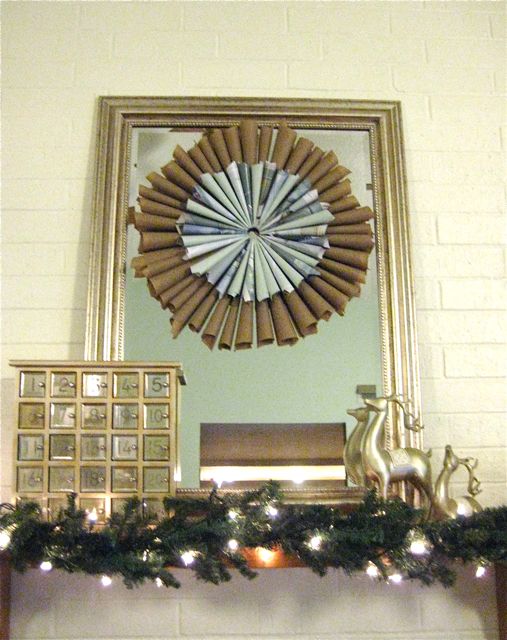 So that’s how I added a festive new wreath to our holiday mantel.  The best part about it is it’s so neutral I can use it in the spring and summer too!  Oh, and did I mention it was free?  🙂

Thanks so much for stopping by!  Come back soon – I’ll be sharing photos of our Christmas tree.

Linking to The DIY Showoff, The Lettered Cottage